This sample is to remove assumptions from the Revenue ministers capacity that you are liable to pay taxes.

Proof that if they do not reply they agree with you.

Nil dicit. Nihil dicit.
'He says nothing'; Latin; nil dicit. This is the name of the judgment which may be taken as of course against a defendant who omits to plead or answer the plaintiff's declaration or complaint within the time limited. In some jurisdictions, it is otherwise known as judgment 'for want of a plea'. Gilder v. McIntyre, 29 Tex.91; Falken v. Housatonic R. Co., 63 Com. 258, 27A. 1117; Wilbur v. Maynard, 6 Cob. 486.
Judgment taken against a party who withdraws his answer is judgment nihil dicit, which amounts to a confession of the cause of action stated, and carries with it, more strongly, than judgment by default, admission of justice of plaintiff's case. Howe v. Cent. St. Bank of Coleman, Tex.Civ.App. 297 S.W. 692,694; Black's Law Dict. 4th, (1957 & 1968), p. 1195.
Suae potestate esse. A Christian having full power over His dominions with Christ. Given to God's people in Genesis 1:27-28 and reaffirmed in the New Testament in The Great Commission.

I am a Minister of Christ, Edward-Jay-Robin: Belanger, a creation of Jehovah the one God, and I am greeting you in the name of Yahushua the Christ. I am, in this ecclesiastical effort, officially performing a function of my calling as an officiating minister of the Church of the Ecumenical Redemption International, Armstrong British Columbia Ecclesia.

This particular official function is specifically to privately gain an agreement with all you for our Church of the Ecumenical Redemption International membership for the mutual gain and protection of all concerned. Matthew 5:25;18:15-20……

I wish you all to be fully aware that in my ministerial capacity I can only accept mail in my correctly formed name from private men and women c/o State of Awareness at general delivery Armstrong British Columbia. It is agreed that all private communications by you to me the minister of Jehovah will have no postal code attached or alteration, of any type, of my name being on the envelope. It is agreed and understood by all of you that any alteration of my name without my permission is unlawful and any and all attempts at service with postal codes or alterations of my name will be refused for fraud.

I am of Christian heritage and herein, this ecclesiastical communication, am in good faith performing an official function of my calling to ensure you are aware that it is a violation of my faith in Jehovah God’s commandments to bow to men and women acting as de facto gods, being the de facto governments of man creating statute law in addition to God’s laws and in derogation to his law. This is especially true when it applies to men and women who have no understanding of the established and in force law regarding their oaths of allegiance to the Christian monarch her Majesty the Queen.

It is agreed that a reasonable man will as a result of being unavoidably aware of corruption within the police, judiciary, and various political bodies of this country as I am, as of my duty to defend my Christian faith, and in an official performance of a function of my calling, I am justified and even lawfully, as Jehovah’s minister, ministerially compelled to demand of you the private men and woman, as of the extreme ecclesiastical necessity to verify honor, to produce true certified color copies of your oath’s of allegiance, to prove to me, in my official ministerial capacity in , that you understand the true meaning of your oaths in law.

1.It is agreed that I offer these terms of agreement in quest of honor, upholding God’s law and to prevent untrue assumptions from prevailing, thereby, in this good faith contract, ending the deliberate unlawful intimidation and nuisance by your connected and concerted de facto departmental efforts directed towards myself and our Church membership.

2.It is agreed that in honor and for truth I am performing a function of my calling as a Christian minister in defense of the faith in making this ministerial demand that you deliver to me the meaning of the law, regarding your oath, that is still in force and further agreed that no act of terror nor threat of unlawful action can possibly be extrapolated from that demand in attempting to tarnish the image of the Church.

3.It is agreed that the facts will be evident that you are not competent to practice law, enforce law or intimidate men and women to violate their faith by submitting to a false god’s laws and taxation. It is further agreed you are incompetent if you do not know or refuse to provide the true lawful meaning of your oath to God to be truly allegiant to the Queen.
Please deliver to me your good faith and honor in stating your intent to uphold your lawful oath as defined in law.

4.It is agreed by you that one who takes an oath to be truly allegiant to a Christian monarch to get the job and does not know what their oath in active law means when asked, is indicating they are incompetent as they lied or were foolish when they said they would be faithful and bear true allegiance to a Christian monarch. Can you provide true allegiance if you do not know what it is? This is evidence of either incompetence or perjury in obtaining official status by a deception, and is also known as fraud.Exodus 20:3-5 Leviticus 6:2

5.It is agreed by you that you will uphold your oath to support and aid her majesty to defend the standing of law of the King James Bible as the rule of Law defended by the anointed of God Elizabeth Alexandra Mary Windsor and that no law of a de facto parliament can abrogate nor supercede a law of God Jehovah!

Manifesting Truth out of Deception.

The purpose of this blog is to provide facts to those who wish a better understanding of how and why our systems of government affect us negatively by drawing upon our energy and to provide solutions for those with a vivid perception of problems related to the de facto systems of the world.

It will go into detail on how to lawfully, with no argument, separate yourself from the false system of Taxation licensing and registry and awaken you to your own power to private contract to gain agreements out of court.

If you are a true hearted questor of knowledge based in fact rather than myth or opinion then you have come to the right source.

If you are morally challenged, weak stomached or afraid of standing up and challenging corruption with facts love and light, this blog will likely not appeal to you, but you are encouraged to give the facts a chance by examining them with an open mind, before you count yourself out and condemn them.

If on the other hand your quest is sincere ,your heart being in honor, and you are prepared to work diligently and exercize this new found knowledge I am sure we will all be gratified and blessed by the exchange.

Please email your questions and comments to me @ owlmon@gmail.com so I know of your thoughts and outlook so as to enable an efficient improvment for the accessability and digestibility of the blog.

Email ThisBlogThis!Share to TwitterShare to FacebookShare to Pinterest
Labels: Introduction

This blog is of purpose to provide`knowledge, self independance and newfound power by providing unheard of choices for those who decide to set ego and fear aside and venture into the light of day.

Blessings upon all who consider themselves worth the time.
at March 24, 2007 No comments: 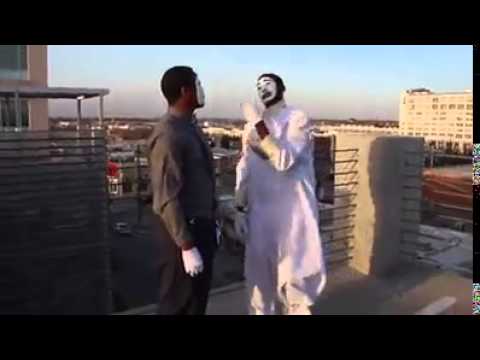