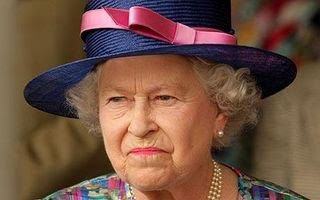 
If everyone began using this defence tomorrow, in all of the Commonwealth courts and in the United States, the entire legal system could be brought to its knees in a matter of weeks if not days."

For those of you who have been following the John Anthony Hill (JAH) Case, it is great to be able to share that he was acquitted, on the 12th of May 2011, of the ridiculous and politically-motivated charge of attempting to "pervert the course of justice". For those of you less familiar with this landmark case, John Anthony Hill is the Producer of the documentary film "7/7 Ripple Effect". For more details about this extraordinary case and the trial itself, please visit the following links:-

There are two very important precedents that were established with this case that need to be studied in detail. There was a preliminary argument presented to the court to challenge both the jurisdiction and the sovereignty of Elizabeth Battenberg/Mountbatten, which was based on two distinct points. The first point being she was knowingly, and with malice aforethought, coronated on a fake stone in 1953 and thus has never been lawfully crowned.

There are those who may wish to argue that this point is irrelevant, as Judge Jeffrey Vincent Pegden did at the trial, wrongly thinking the Coronation is just a ceremony because she has been pretending to be the monarch for over 58 years. In actual fact the Coronation is a binding oath and a contract, requiring the monarch's signature. Which brings us to the second point.

At that Coronation ceremony, Elizabeth signed a binding contract, before God and the British people, that she would do her utmost to maintain The Laws of God. This she solemnly swore to do, with her hand placed on the Sovereign's Bible, before kissing The Bible and signing the contract. Please note well that in The Law of God, found in the first five books of The Bible, man-made legislation is strictly prohibited.

The very first time that she gave "royal assent" to any piece of man-made legislation, she broke her solemn oath with God and with the British people and she ceased to be the monarch with immediate effect. To date, she has broken her oath thousands and thousands of times, which is a water-proof, iron-clad, undeniable FACT. She is therefore without question not the monarch, but instead is a criminal guilty of high treason among her other numerous crimes.

All of the courts in the U.K. are referred to as HM courts or "her majesty's" courts, which means every judge draws their authority from her. All cases brought by the state are "Regina vs. Xxxxxxx", which means they are all brought in the name of the queen. So if she isn't really the monarch, then she doesn't have the authority or the jurisdiction to bring a case against anyone else. And neither do any of "her majesty's" courts or judges.

Bearing in mind the legal maxim that no man can judge in his own cause, it should be crystal clear that no judge in the Commonwealth could lawfully rule on a challenge to the jurisdiction and sovereignty of the monarch. It is a question of their own authority, so they are obviously not impartial to the outcome. That is why the ONLY way the question of jurisdiction can lawfully and impartially be decided is by a jury. And that is exactly why John Anthony Hill requested a jury trial to decide his challenge to the jurisdiction and sovereignty of Elizabeth.

No judge under any circumstances can deny someone their right to request a jury trial. No judge can lawfully rule in their own cause. That doesn't mean they won't try, it only means that when they do, they are committing a criminal act (just as Judge Jeffrey Vincent Pegden did at John Anthony Hill's trial) and that their decision is immediate grounds for an appeal and for a citizen's arrest. The fact that the court and its corrupt judge tried to ignore this particular point is proof that they are well aware they have no lawful authority. That is one of the reasons why this is a landmark case. If everyone began using this defence tomorrow, in all of the Commonwealth courts and in the United States, the entire legal system could be brought to its knees in a matter of weeks if not days.

The signed by E2 coronation oath (Exhibit 1) and the Bible she swore on at that Coronation (Exhibit 2) clearly orders judges and lawyers to obey the Laws of God.

These two factual pieces of evidence ought to be presented at the start, as defence in every single victimless case, or those in progress, where you have been wrongfully charged, and to proceed forth Lawfully.

To make this perfectly clear, the way is available with the two pieces of evidence to shift the cases to begin to use only God's Laws which demands a trial by jury, to proceed forth maintaining only God's Laws with judges roles clearly defined.

Whilst E2 is committing treason, explained in full detail in the Lawful Argument, the signed oath orders obedience to all subjects to maintain only the Laws of God.

Judges/lawyers have taken an oath (B.A.R.), thus ordered to comply to Exhibit 1, and Exhibit 2 (Bible), and it is as simple as that. People lacked awareness of that which was in place, and there for people to use, but didn't know. We know now.

For those of you in the United States who may be thinking "hey, we aren't a Commonwealth country, why would this affect us?" all you really need to know is that these three little letters:- B.A.R., stand for the British Accreditation Registry. It doesn't matter whether it is the Australian BAR or the Canadian BAR or the American BAR association; they ALL report to the British monarch, who is the head of the BAR.

So thanks to John Anthony Hill and this amazing precedent, we now all know a peaceful way to bring the system down. If enough people ACT and use this simple, bullet-proof defence, we can put an end to this insanity and injustice. All that is required now is for YOU to spread the word to as many as possible so that this peaceful rebellion can begin immediately. Or you can watch the last remnants of your freedoms swept away as the Global Elite plunge the entire world into bankruptcy and WW3 to usher in their "New World Order".

For additional details about this bullet-proof defence, please visit: http://jahtruth.net/britmon.htm#crimes

By now some of you may be beginning to see the Light at the end of this very dark tunnel and are so enthusiastic about putting this simple plan into motion that you may have forgotten there was a second precedent set during this landmark case.

While the official reason for this trial was to address this trumped-up and frivolous charge of attempting to "pervert the course of justice", the real reason for this trial was so the authorities could punish John Anthony Hill for making the "7/7 Ripple Effect" which, in less than an hour and using strictly mainstream media reports, completely dismantles the official government conspiracy theory. The film is so credible that even the prosecution at the trial, after showing it in its entirety to the jurors, admitted that the film was made in such a way that it "changes the minds of people who see it." That's how powerful the truth really is.

This was the first time this information was shown at an official proceeding and the results were impressive. At least 83% of the jurors felt the film accurately depicted what happened in London on July 7th, 2005 and that John Anthony Hill did the right thing. For those unfamiliar with the case, JAH forwarded copies of the "7/7 Ripple Effect" to the Kingston Crown court in 2008 in the hope of correcting misleading statements made by the judge and the QC at the outset of the first trial of the supposed "7/7 helpers" (who were also found not guilty).

John Anthony Hill was also able to enter into the official record his testimony about what happened on September 11th, 2001 in the United States and that both 9/11 and 7/7 were false flag attacks. He went on to show the jurors the now infamous BBC report of the collapse of the Salomon Brothers building (WTC7) by Jane Standley on 9/11/2001. She reported the collapse 25 minutes before it actually occurred, and with the building clearly visible and still standing in the window behind Jane Standley's left shoulder, leaving no doubt that the BBC had foreknowledge of the event.

As a result of the "7/7 Ripple Effect" being shown to the jurors by the prosecution and John Anthony Hill's testimony about 9/11, the truth that those two events were false flag attacks and that the mainstream media is nothing more than a government propaganda machine is now officially on record.

And the "Not Guilty" verdict by the jury is a ringing endorsement of that official record.

This case brings with it a New Hope and the opportunity for a new beginning, where liberty, justice, and peace aren't just nice sounding words, but a reality. This could be heaven on earth instead of the hell we have let it become by allowing all of this evil to grow up around us. Just as John Anthony Hill has shown us by example, all it takes is a dauntless faith that good will always triumph over evil and the courage to take action to do the right thing, regardless of the personal cost.

"All that is required for evil to triumph is for good men to do nothing." - Edmund Burke