That's when Washington Mutual Inc. first tried to foreclose on his home in Boca Raton, Florida. The Seattle-based lender failed to prove that it owned Lents's mortgage note and dropped attempts to take his house. Subsequent efforts to foreclose have stalled because no one has produced the paperwork.

``If you're going to take my house away from me, you better own the note,'' said Lents, 63, the former chief executive officer of a now-defunct voice recognition software company.
Judges in at least five states have stopped foreclosure proceedings because the banks that pool mortgages into securities and the companies that collect monthly payments haven't been able to prove they own the mortgages. The confusion is another headache for U.S. Treasury Secretary Henry Paulson as he revises rules for packaging mortgages into securities.

``I think it's going to become pretty hairy,'' said Josh Rosner, managing director at the New York-based investment research firm Graham Fisher & Co. ``Regulators appear to have ignored this, given the size and scope of the problem.''

More than $2.1 trillion, or 19 percent, of outstanding mortgages have been bundled into securities by private banks, according to Inside Mortgage Finance, a Bethesda, Maryland-based industry newsletter. Those loans may be sold several times before they land in a security. Mortgage servicers, who collect monthly payments and distribute them to securities investors, can buy and sell the home loans many times.

Each time the mortgages change hands, the sellers are required to sign over the mortgage notes to the buyers. In the rush to originate more loans during the U.S. mortgage boom, from 2003 to 2006, that assignment of ownership wasn't always properly completed, said Alan White, assistant professor at Valparaiso University School of Law in Valparaiso, Indiana.

The foreclosure rate, at 1.69 percent of all U.S. homeowners, is the highest since the Mortgage Bankers Association began tracking it in 1993. The foreclosure rate for sub-prime borrowers, who have bad or incomplete credit and whose mortgages typically are securitized by private banks rather than government-sponsored entities Fannie Mae and Freddie Mac, is at a four-year high, according to the mortgage bankers.

750,000 Homeowners - More than 1.5 million homeowners will enter the foreclosure process this year, said Rick Sharga, executive vice president for marketing at RealtyTrac Inc., the Irvine, California-based seller of foreclosure information. About half of them, 750,000, will have their homes repossessed, Sharga said.

Borrower advocates, including Ohio Attorney General Marc Dann, have seized upon the issue of missing mortgage notes as a way to stem foreclosures.

``The best thing to do is to keep people in their homes and for everybody to take steps necessary to make that happen,'' said Chris Geidner, an attorney in Dann's office. ``These trusts are purchasing these notes, and before they even get the paperwork, they foreclose on people. They become foreclosure machines.''

When the mortgage servicers and securitizing banks that act as trustees of the securities fail to present proof that they own a mortgage, they sometimes file what's called a lost-note affidavit, said April Charney, a lawyer at Jacksonville Area Legal Aid in Florida.

``They raise the issue of whether the trusts own the loans at all,'' Charney said. ``Lost-note affidavits are pattern and practice in the industry. They are not exceptions. They are the rule.''
State laws generally make it difficult to foreclose because they favor the homeowner, said Stuart Saft, a real estate lawyer and partner at the New York firm Dewey & LeBoeuf LLP.

``All these loan documents are being sent to the inside of a mountain in the middle of America and not being checked very carefully,'' Saft said. ``The lenders can't find the paper. We're dealing with a lot of paper produced in a mortgage closing.''

Requiring banks to produce the paperwork at a foreclosure hearing is a nuisance, said Jeffrey Naimon, a partner in the Washington office of Buckley Kolar LLP. ``It's a gigantic waste of time,'' Naimon said. ``The mortgage may have transferred five, six, eight times. It's possible that you don't have all the pieces of paper, but it was enough to convince the next guy in the chain. There's no true controversy over whether the owner owns the loan.''

Judges are becoming increasingly impatient with plaintiffs who produce no more proof of ownership than a lost-note affidavit or a copy of the note, said Michael Doan, an attorney at Doan Law Firm LLP in Carlsbad, California.

``Things are heating up,'' Doan said.

In Ohio, where RealtyTrac reported an 88 percent jump in foreclosures last year, Dann, the attorney general, is now arguing 40 foreclosure cases that challenge ownership of mortgage notes, according to his office.

U.S. District Judge David D. Dowd Jr. in Ohio's northern district chastised Deutsche Bank National Trust Co. and Argent Mortgage Securities Inc. in October for what he called their ``cavalier approach'' and ``take my word for it'' attitude toward proving ownership of the mortgage note in a foreclosure case.

John Gallagher, a spokesman for Frankfurt-based Deutsche Bank AG, said the bank had no comment. Federal District Judge Christopher Boyko dismissed 14 foreclosure cases in Cleveland in November due to the inability of the trustee and the servicer to prove ownership of the mortgages.

Similar cases were dismissed during the past year by judges in California, Massachusetts, Kansas and New York. ``Judges are human beings,'' said Kenneth M. Lapine, a partner at the Cleveland law firm Roetzel & Andress LPA. ``They no doubt feel the little guy needs all the help he can get against the impersonal, out of town, mega-investment banking company.''

U.S. Bankruptcy Judge Samuel L. Bufford in Los Angeles issued a notice last month warning plaintiffs in foreclosure cases to bring the mortgage notes to court and not submit copies.
``This requirement will apply because developments in the secondary market for mortgages and other security interests cause the court to lack confidence that presenting a copy of a promissory note is sufficient to show that movant has a right to enforce the note or that it qualifies as a real party in interest,'' the notice said.

Painted as the Enemy

``When banks originally made the loans they used people's money from pension funds and savings accounts and they should be allowed to foreclose the loan as quickly as possible before the property depreciates in value any more,'' Saft said. ``The mortgage industry has been painted as the enemy when all they did was make loans to enable people to buy homes. Now there's less money available for new borrowers to buy homes and that's what's causing the value of homes to go down.''

Lents is former CEO of Investco Inc., a Boca Raton, Florida-based developer of voice recognition software. In 2002, the U.S. Securities and Exchange Commission sanctioned Lents and others for stock manipulation, according to the SEC Web site. He lost his job, was fined and his assets were frozen. That's the reason he couldn't pay his mortgage, he said.

``If the homeowner doesn't object to the lost-note affidavit, the judge rubber-stamps it,'' Lents said. ``Is it oversight, or are they trying to get around the law?'' Washington Mutual spokeswoman Geri Ann Baptista said the bank had no comment.

``I can't believe the handling of notes is worse than it was five years ago,'' said Guy Cecala, publisher of Inside Mortgage Finance. ``What we didn't have back then were armies of attorneys out there looking for loopholes. People are challenging foreclosures and courts are paying a lot more attention to foreclosures than they ever did before.''

American Home Mortgage Investment Corp., the Melville, New York-based lender that filed for bankruptcy last August, said it was paying $45,000 a month to store loan paperwork and petitioned U.S. Bankruptcy Judge Christopher Sontchi in Wilmington, Delaware, for the right to toss it all. Sontchi ruled last week that American Home Mortgage could charge banks from $3 to $13 a file to retrieve documents.

The home-loan industry has had a central electronic database since 1997 to track mortgages as they are bought and sold. It's run by Mortgage Electronic Registration System, or MERS, a subsidiary of Vienna, Virginia-based MERSCORP Inc., which is owned by mortgage companies.
No Tracking Mechanism

MERS has 3,246 member companies and about half of outstanding mortgages are registered with the company, including loans purchased by government-sponsored entities Fannie Mae, Freddie Mac and Ginnie Mae, said R.K. Arnold, the company's CEO.
For about half of U.S. mortgages, there is no tracking mechanism.

MERS rules don't allow members to submit lost-note affidavits in place of mortgage notes, Arnold said. ``A lot of companies say the note is lost when it's highly unlikely the note is lost,'' Arnold said. ``Saying a note is lost when it's not really lost is wrong.'' Lents's attorney, Jane Raskin of Raskin & Raskin in Miami, said she has no idea who owns Lents's mortgage note.
``Something is wrong if you start from what I think is the reasonable assumption that these banks are not losing all of these notes,'' Raskin said. ``As an officer of the court, I find it troubling that they've been going in and saying we lost the note, and because nobody is challenging it, the foreclosures are pushed through the system.''


Learn more about what you can do to settle your mortgage in FULL.
http://livingfreeandclear.com

Hi Dear
Thanks for telling us the value of our mortgage against the fund policy.We know that each and every company has it's own rules and regulations.So that is why we must have to read carefully all guidelines before further processing.
Software Company India 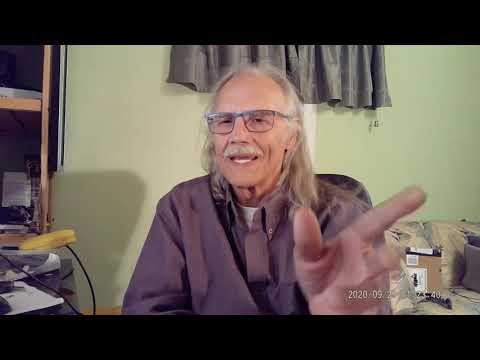