July 25th 2014 Victoria British Columbia Redemption Press report.> Two recently welcomed and reborn ministers of the Church of the Ecumenical Redemption International have entered into and have successfully completed an historically significant agreement regarding an alleged mortgage debt with the HSBC bank in Victoria British Columbia. This is the Scan of the witnessed agreement. This is the final witnessed step confirming the agreement with the full names of all the private men and women involved being posted here to in honor confirm that these lawyers and Bankers do agree they have no authority to intimidate act as a nuisance or obstruct our new found minsters of Christ Roderick Anthony and Carol Mary Helen or any other members of our benevolent church from officially performing the functions of their calling. This Video was sent to the lawyers Bryan Gibbons and Kimberley Robertson acting for HSBC on behalf of Lawsen and Lundell LLP..... https://www.youtube.com/watch?feature=player_embedded&v=rpaldYwdenM 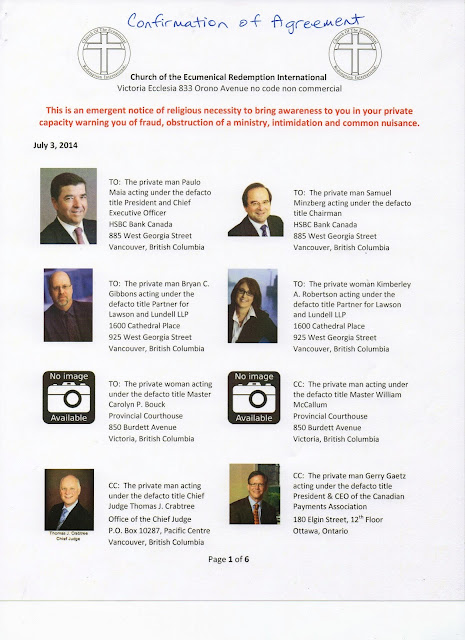 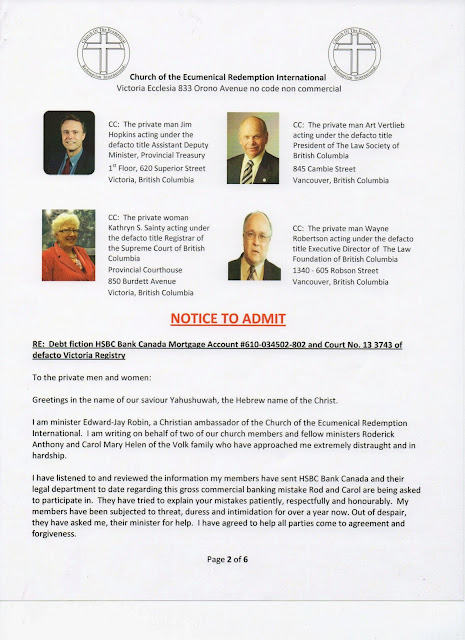 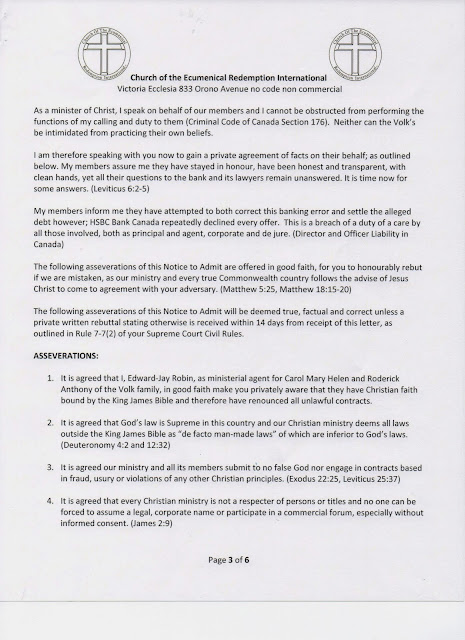 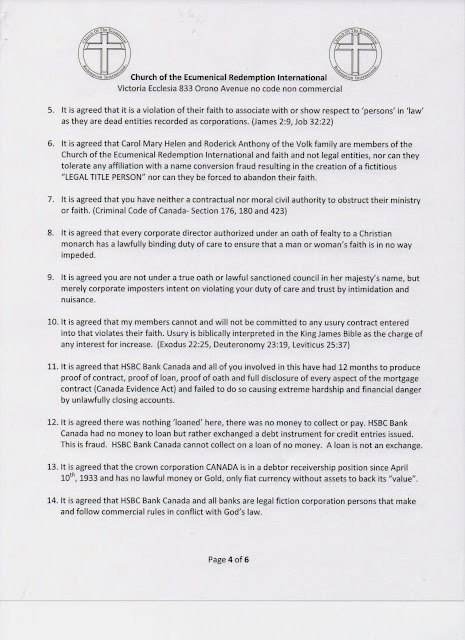 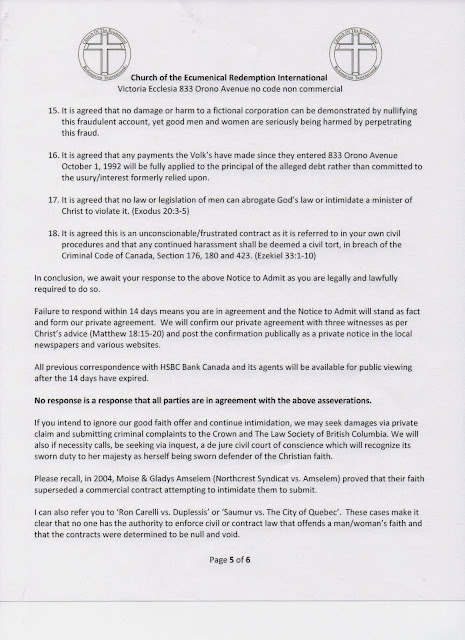 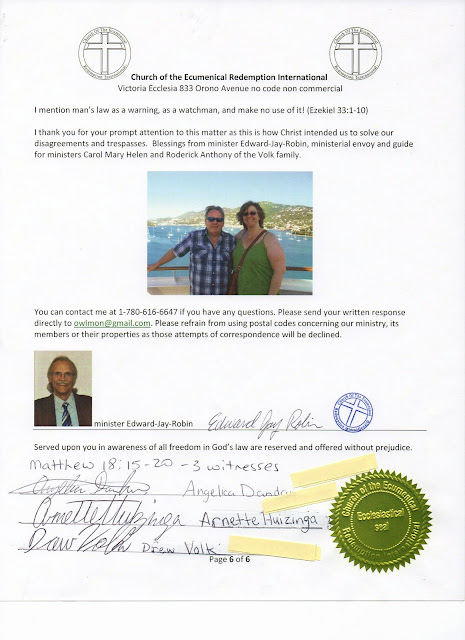